View source
watch 02:10
Who is Caroline?
Do you like this video?
Play Sound

"Honestly, I didn't even realise that you cared about me until we broke up"
—Caroline to Nick[src]

Caroline is a recurring character on FOX comedy New Girl. She is portrayed by Mary Elizabeth Ellis

Nick thought he was madly in love with her and was crushed after their break-up. In the events prior to the pilot, he often got drunk and called her with an English accent professing his love for her. The couple had been broken up for six months when Jess came along.

On her first night in the apartment, Jess had a date, but her date ditched her to go to the exact same club Caroline was at. She was there because she pulled a few strings to let Nick, Schmidt, and Coach into the party of the year. Nick was excited to see her, but after discovering that Jess's date had ditched her, he left with his buddies to cheer her up.

She later went to a wedding, at which Nick had Jess pretend to be his girlfriend. The plan was to make Caroline jealous, which worked. Nick and Caroline began to flirt heavily in the photo booth, however, it was soon broken up by Jess, who was still pretending to be his girlfriend. After learning that Caroline had a boyfriend, Nick was crushed and took up temporary residence in the photo booth while drinking away his misery. Jess told him that he had to get over Caroline, that he could not continue being her backup boyfriend.

In Tomatoes, Nick calls up Caroline after talking to Winston about relationships and timing. He begins dating Caroline again, but not without the disapproval of all of the roommates.

In Backslide, Schmidt and Winston realize how serious the relationship is getting when Nick mentions moving in with her. They make him watch a DVD, made by Nick the last time Caroline broke up with him. This is intended to get present Nick to see fault in getting back together with Caroline, however, it backfires. Nick realizes he wants to move on with his life, and not be stuck in a loft with 3 other roommates. He and Caroline sign a lease for a new apartment together.

In See Ya, Nick is moving out of the loft. The moving truck is packed and Schmidt and Winston drive with him to the new place, but Nick panics and drives past the apartment and continues on the highway. The guys end up in the middle of a desert, 142 miles away from home. Nick runs out panicking and throws his keys into the desert valley. Jess and Cece come to the rescue, however after she realizes that Nick is finished panicking and wants to return to Caroline, she also throws her keys. After a night of reminiscing and spending time together, the gang returns Nick to his new apartment and say their goodbyes. Later that night, Nick returns to the loft with his moving truck, implying that he has ended things with Caroline. 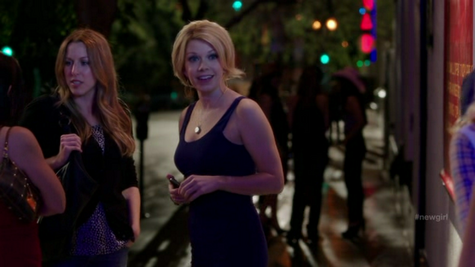 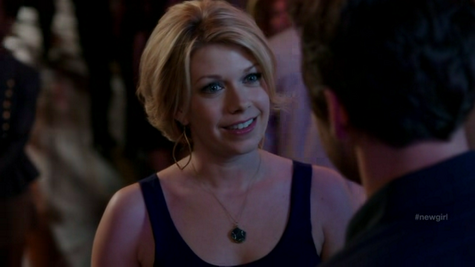